Well, because they are not female, but male underwear. There seem to be alot of misconceptions about these intriguing underpants discovered in Lengberg castle as wall stuffing, and often they are wrongly attributed to sexy lady lingerie. But (un)fortunately, they are not…

This fascinating world of male tangas have already been explored by other bloggers here and here, and I just wanna share with you some extra examples of these fancy underpants that I have found in the wondrous world of early modern art.

I especially like a very exhibitionistic selfportrait by everyones favourite Albrecht Dürer. But apparently this revealing tanga-portrait isn’t the naughtiest selfportrait Mr Dürer offers us… there is one even more daring out there, made 1509, here! (Viewer discretion advised)

Anyhow – back to Dürer’s selfportrait of him in his underwear. Dürer was actually sick when he made this – he sent this drawing to his physician, in which he educationally points out where his pain is situated:

“Do wo der gelb fleck is und mit dem finger drawff dewt do is mir we” (Translation: There where the yellow spot is and the finger points, there it hurts me)

What sickness Dürer actually had contracted, is unfortunately a mystery.

More undies and holy blue for the private relics

Not only seems this type of underpants be a little extra popular among saints, as my following depictions indicate. Also, surprisingly, the preferred color seems be blue:

The Martyrdom of Saint Lawrence (1465) 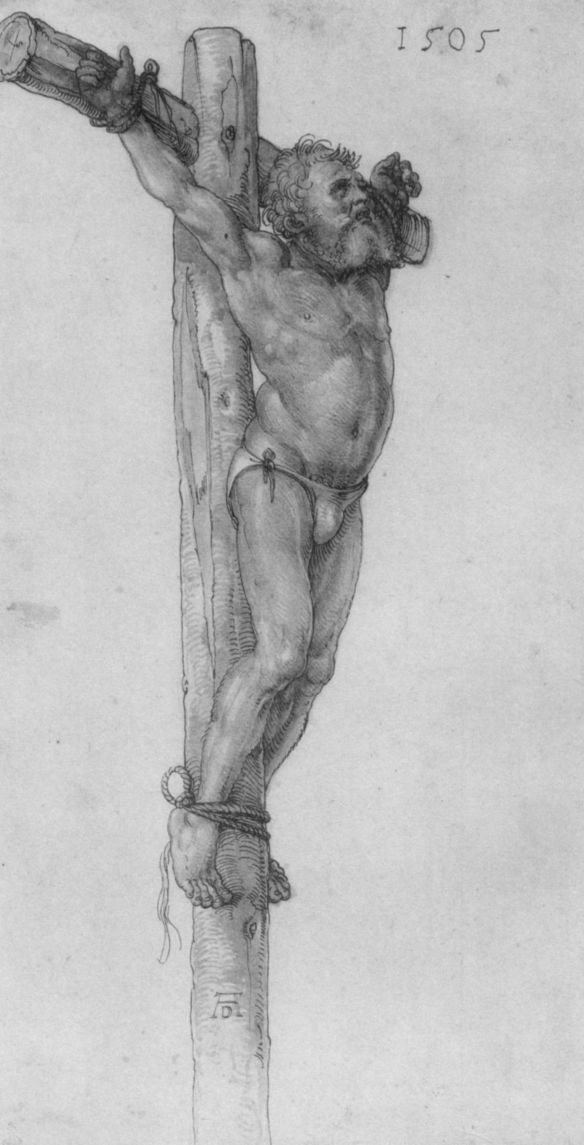 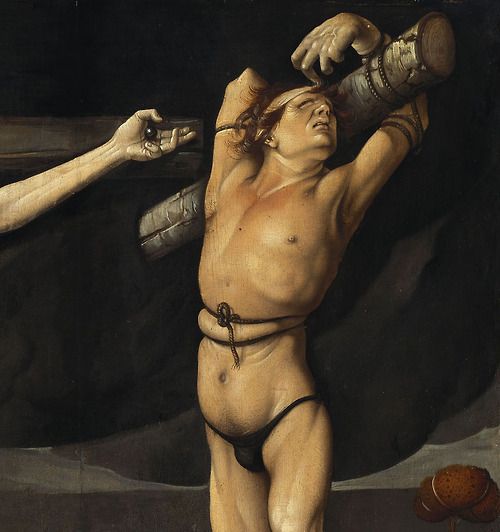 Hans Baldung, Detail of The Crucifixion of Christ (1512)

Jason and Medea, from “History of Troy” by Guido da Columna. (Early 1400s)

Bathers from “Das Ständebuch” (The book of trades) 1568

7 thoughts on “Why the “Langberg finds” are not knickers”

Join 70 other followers
Follow The Vulgar Crowd on WordPress.com